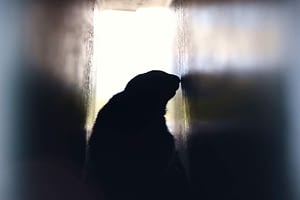 The elderly are particularly susceptible to sarcopenic obesity (SAO), whereby a loss of lean mass (e.g., muscle) accompanies an increase in fat, and which is difficult to treat via lifestyle changes (e.g., diet) designed to target obesity. Although numerous 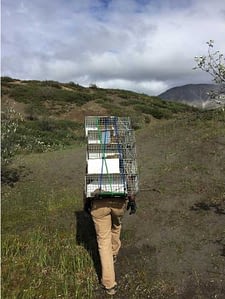 studies have addressed the role of diet and gut microbes as factors in diseases such as obesity, the potential beneficial role of gut microbes in preventing loss of lean mass in disorders such as SAO has received comparably less attention. Urea-nitrogen salvage (UNS) is the process whereby urea is degraded by gut microbes releasing nitrogen that can be utilized by gut microbes to produce amino acids, or be reabsorbed and used by the host. UNS likely plays an important role in nitrogen metabolism in humans, and evidence suggests both UNS and the production of essential amino acids (EAAs) by gut microbes may have important impacts on human health. Despite the availability of microbially-liberated urea-nitrogen (MLUN) for EAA synthesis in the gut little is known about the structure and function of the gut microbial communities that support these processes. We use the arctic ground squirrel as a study species, as they are able to preserve lean mass during their long hibernation season. We employ methods to study the structure and function of the gut microbial community, microbial metabolism and incorporation of microbial metabolites into host tissues. The goal of this research is to increase knowledge of the role of the gut microbial community in host nitrogen metabolism and protein conservation, contributing to our understanding of the relationship between the gut microbial community and human health.